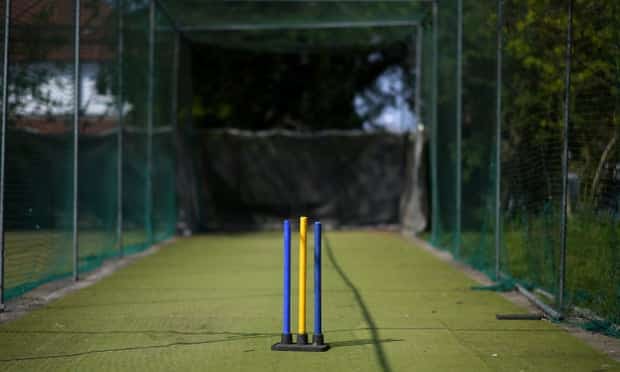 The England and Wales Cricket Board is expected to deliver guidelines on reopening some parts of club and recreational cricket, possibly as early as Wednesday.

Cricket was one of the outdoor summer sports overlooked in the government’s new lockdown guidelines, whereas golf, tennis, and angling – more obviously isolated pursuits – were specifically mentioned by the prime minister.

There has been frustration among cricket clubs and the public over a lack of guidance. Clubs are unable to open and coaches unable to work without direction from governing bodies, in part for fear of legal or insurance problems. Basketball, lawn bowls and croquet have issued guidelines on how to practise safely.

The ECB’s recreational cricket arm is understood not to have received any detailed consultation from the government before Monday’s announcement. The guidelines are being completed as a response.

The ECB has emphasised nothing in the government’s new guidance suggests any movement on a return to competitive fixtures but accepts cricket finds itself in a lacuna because it is a team sport in matches and an individual one in practice.

At this time of year much of cricket’s activity is coaching, training and preparation in small groups, both as a source of income and recreation – and now as the first step in restarting the sport.

The guidelines are yet to be finalised but it is possible net practice will return with the proviso of one vacant lane between players. Such practice would have to be undertaken in line with government guidelines on live-in family members and proximity to those beyond a person’s household. It is expected clubs will receive guidance on managing shared spaces and social contact.

An ECB spokesperson said: “We are expecting to receive further clarity from the UK government and in turn we will share greater detail and guidelines with the game as soon as we are able. Our priority is to support our colleagues and clubs across the game to deliver elements of outdoor cricket in a responsible way that does not compromise safety.

“We completely understand the level of patience that recreational players have had to demonstrate and know most will be desperate to return to the nets to practise. We ask for a little more time to plan the best way to deliver this opportunity to everyone as safely as possible. The health and wellbeing of everyone in cricket remains our No 1 priority.

“We will share further updates towards the end of the week along with a support plan for our clubs to follow.’’

News is under threat …

… just when we need it the most. Millions of readers around the world are flocking to the Guardian in search of honest, authoritative, fact-based reporting that can help them understand the biggest challenge we have faced in our lifetime. But at this crucial moment, news organisations are facing an unprecedented existential challenge. As businesses everywhere feel the pinch, the advertising revenue that has long helped sustain our journalism continues to plummet. We need your help to fill the gap.

We believe every one of us deserves equal access to quality news and measured explanation. So, unlike many others, we made a different choice: to keep Guardian journalism open for all, regardless of where they live or what they can afford to pay. This would not be possible without financial contributions from our readers, who now support our work from 180 countries around the world.

We have upheld our editorial independence in the face of the disintegration of traditional media – with social platforms giving rise to misinformation, the seemingly unstoppable rise of big tech and independent voices being squashed by commercial ownership. The Guardian’s independence means we can set our own agenda and voice our own opinions. Our journalism is free from commercial and political bias – never influenced by billionaire owners or shareholders. This makes us different. It means we can challenge the powerful without fear and give a voice to those less heard.

Reader financial support has meant we can keep investigating, disentangling and interrogating. It has protected our independence, which has never been so critical. We are so grateful.

We need your support so we can keep delivering quality journalism that’s open and independent. And that is here for the long term. Every reader contribution, however big or small, is so valuable. Support the Guardian from as little as $1 – and it only takes a minute. Thank you.