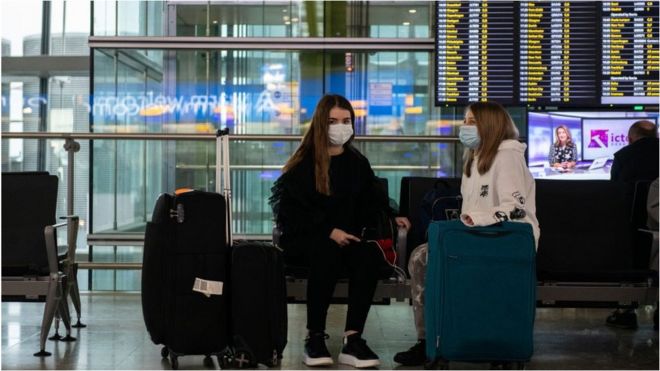 UK holidaymakers are expected to be allowed to travel to Spain, France and Greece this summer after ministers confirmed people returning from certain countries will not have to quarantine.

The rules will be relaxed on 6 July after a review of health measures.

The full list of travel corridors with the UK will be published next week.

Italy, the Netherlands, Finland, Belgium, Turkey, Germany and Norway are also expected to feature but it is thought Portugal and Sweden will not.

A government spokesman said the new rules would give people “the opportunity for a summer holiday abroad” while also boosting the UK economy – but stressed the relaxation depended on risks staying low.

A traffic light system will be introduced – with countries classified as green, amber and red depending on the prevalence of coronavirus. The government said it “wouldn’t hesitate to put on the brakes” if the situation changes.

Portugal has seen a rise in the number of new cases in and around Lisbon recently, while Sweden is also unlikely to be on the list because the infection rate there is higher than in the UK. They are both likely to be classified as red.

But the government spokesman conceded there would be nothing to stop someone avoiding quarantine by flying into a Spanish airport, driving over the border into Portugal for their holiday and returning by the same route.

The travel sector has gone to war with the government over its blanket quarantine policy.

So a more nuanced, risk-based approach will quieten the critics to some extent.

But the storm of controversy swirling around this policy won’t completely go away.

Portugal, which will probably not be on next week’s list of exemptions, feels hard done-by.

The country is desperate that UK tourists return.

And although in public health terms the US is not currently close to being on the list, it does potentially present a tricky diplomatic dynamic, given the normally cosy relationship between Washington and London.

And the transatlantic flight market is lucrative too.

This announcement is a step in the right direction for UK aviation, but they want testing at airports to also provide another way for passengers to be exempt. So far, in public, the government has said very little about that.

UK travellers will still have to hand over the address they plan to stay at on their return from abroad, no matter which country they are coming back from. And they will also be legally required to wear face coverings on planes and ferries.

“Confirmation of the list of countries is eagerly anticipated by the travel industry, and should encourage customers to book,” it said in a statement.

“The blanket Foreign Office advice against all but essential travel is still a major impediment to travel, however, and we look forward to the government adopting a similar risk-based approach to that advice.”

The UK introduced rules requiring all people arriving in the UK to self-isolate for 14 days on 8 June. It was widely criticised by the travel industry and MPs of all parties.

What are the current quarantine rules?

Home Secretary Priti Patel said the laws were designed “to prevent a second wave” of coronavirus.

“Our public health measures at the border were put in place to manage the risk of imported cases and help prevent a second wave of the virus, and will continue to support our fight against coronavirus,” said a government spokesman.

“Our new risk-assessment system will enable us to carefully open a number of safe travel routes around the world – giving people the opportunity for a summer holiday abroad and boosting the UK economy through tourism and business.

“But we will not hesitate to put on the brakes if any risks re-emerge, and this system will enable us to take swift action to re-introduce self-isolation measures if new outbreaks occur overseas.”