HomeNEWSUK 🇬🇧 Lockdown Easing How Boris Johnson Is To Advise On Sunday Following International Data, Will a Second Peak Be Imminent. 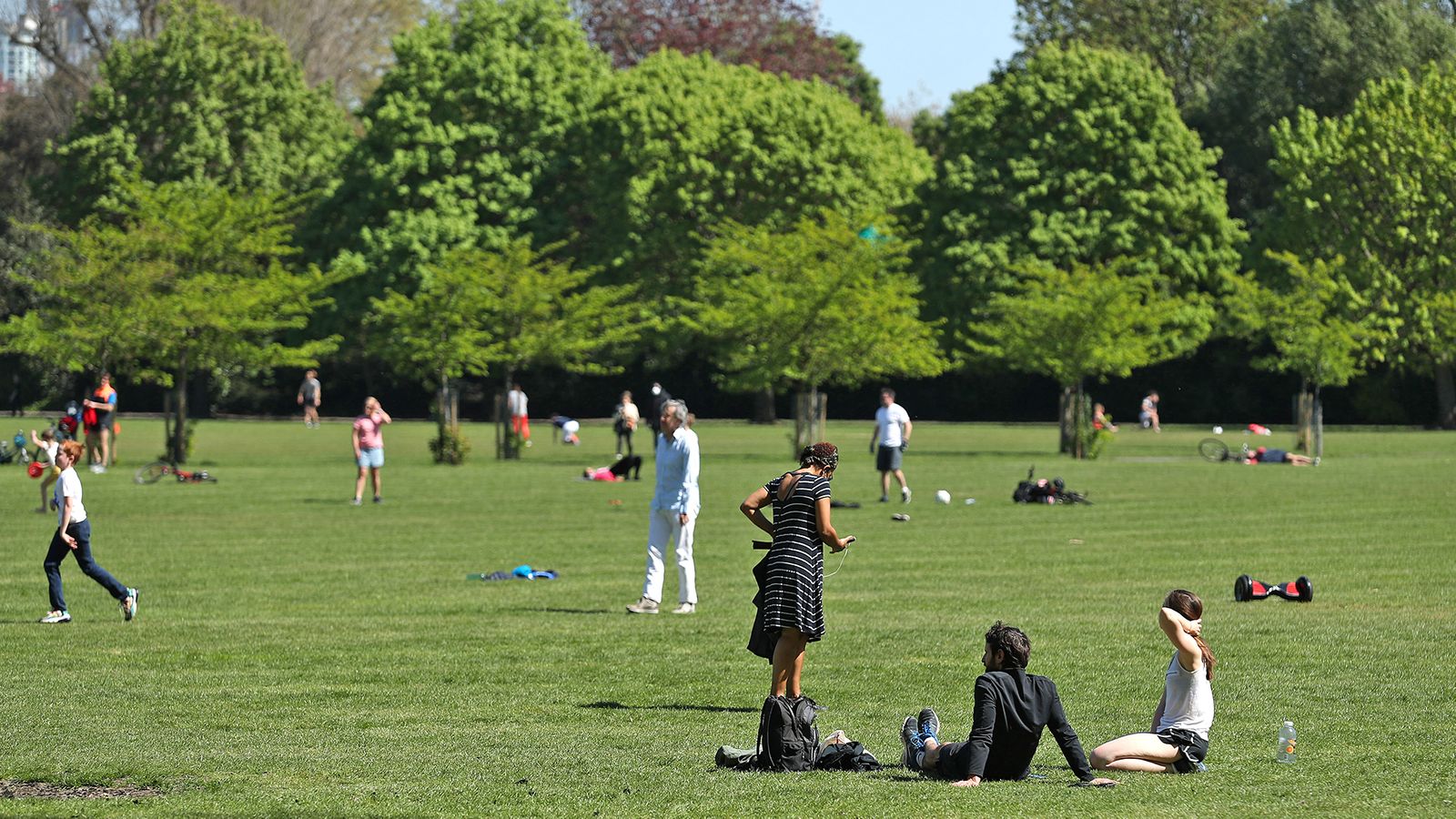 The prime minister has promised some restrictions could be lifted as soon as Monday – but what might they be?

Boris Johnson will on Sunday set out the government’s plan for lifting the UK’s coronavirus lockdown measures.

The prime minister has promised some COVID-19 restrictions could be eased as soon as Monday.

However, cabinet minister Brandon Lewis warned Britons “it would be wrong to get too carried away” at the prospect of lockdown measures lifting.

He told Sky News that the government would be “very cautious” due to the risk of a second spike in coronavirus infections.

So, what might – if anything – change from next week?Advertisement

Companies in some sectors, including construction, manufacturing and farming, have been able to continue working during the UK’s lockdown.

And essential retailers, largely supermarkets and food shops, have also been allowed to remain open.

However, with more than six million Britons furloughed from their jobs, the prime minister has told MPs he wants to “enable people safely and securely to go back to work and earn their pay packets”.

The guidance includes requirements to maintain social distancing of two metres, demarcating office space with tape on floors and desks, and restricting access to lifts.

To reduce congestion in offices, shifts are likely to be staggered and many staff who can work from home will be required to continue to do so for many months to come.

Where maintaining a two-metre gap is not possible however, the guidelines say that the use of personal protective equipment should be considered, along with extra cleaning measures, and the use of screens as is the case in supermarkets.

However, it is still unclear how many workers might be encouraged to return to their workplaces as early as next week.

Outdoor retail and some offices may be among the first to be allowed to reopen, with customer-facing businesses such as pubs, entertainment venues and restaurants likely to face a longer wait.

The government has come under pressure from Conservative MPs to allow garden centres to be among the first businesses to reopen.

Foreign Secretary Dominic Raab hinted at such action when he promised ministers would keep the issue “under very close review”.

As the government prepares to encourage more people to go back to their workplaces, the prime minister has spoken of running a “bigger and more expansive” London Underground service so that “people can observe social distancing”.

He also promised, on Sunday, to set out “mitigations to help people who, for reasons of social distancing, cannot use mass transit”.

“There will be a huge amount of planning going into helping people to get to work other than by mass transit,” Mr Johnson added.

He suggested one means could be encouraging more people to use bicycles to get to work in a “new golden age for cycling”.

Britons could be encouraged to wear face coverings, especially on public transport, when lockdown measures are eased.

The prime minister has previously said face coverings will be “useful” to “give people confidence they can go back to work”.

Mr Johnson has promised to say more about face coverings when he announces the next stage of coronavirus measures this weekend.

In Germany, which has begun lifting its lockdown, some states will initially allow restaurants to serve customers outside as they reopen.

Health Secretary Matt Hancock hinted at cafes in the UK being allowed to do the same, telling Sky News: “We’re very careful to follow the clinical advice on the two-metre rule.

“But there’s also very strong evidence that outdoors the spread is much, much lower so there may be workarounds that some businesses, for instance cafes – especially over the summer – might be able to put into place.”

Mr Johnson is expected to announce that people can do as much exercise outdoors as they like from Monday.

Currently, Britons should only be exercising outdoors – alone or with a member of their household – once a day.

However, despite the possible easing of that restriction, gyms and playgrounds are expected to remain closed.

The prime minister might also give the go-ahead to picnics, trips to the park and outings in the countryside.

But beaches are still likely to be out of bounds, it has been reported.

Ministers have previously hinted that golf, fishing and bowls – sports in which social distancing is easier to maintain – might be among the first to be permitted to resume.

Scottish First Minister Nicola Sturgeon has suggested the easing of the UK’s lockdown could include the possibility of Britons joining a social “bubble” containing small groups of friends and family from different households for gatherings, even if that was only possible outdoors.

An immediate first step might be allowing two households to join up together as one such “bubble”.

Schools in the UK have been closed – except for the attendance of children of key workers – since 20 March, but Education Secretary Gavin Williamson has told MPs the government is planning the “phased” reopening of English schools.

Ofsted’s chief inspector has told Sky News there is a “great deal of logic” in allowing younger children to return to school first.

And Mr Johnson has said: “One of the things we want to do as fast as we can is get certainly primary schools back.”

However, the government has been coy on when that might actually happen.

Mr Hancock told Sky News: “I understand the frustration of people over will it be June, will it be September, what age groups will it be because of course other countries have taken different decisions for different age groups.

“I’m tempted to prejudge those decisions but we don’t yet have the data but we are coming to a position where relatively soon we might be able to say so.”

“We’ll have to use, for example, two courts where we would have used one in the past, so that jurors can retire into a safe space and also be spaced out and distanced within the court,” he told ITV.

“We’ll start to see that happening in the next few weeks, but it will be a slow build-up.”

Ahead of the UK’s lockdown, all criminal trials expected to last more than three days were postponed in England and Wales.

Up until now, the government has been urging Britons to “stay home, protect the NHS, save lives”.

However, in a hint of how the government’s messaging might alter from Monday, the prime minister recently tweeted: “Stay home, slow the spread, keep going.”