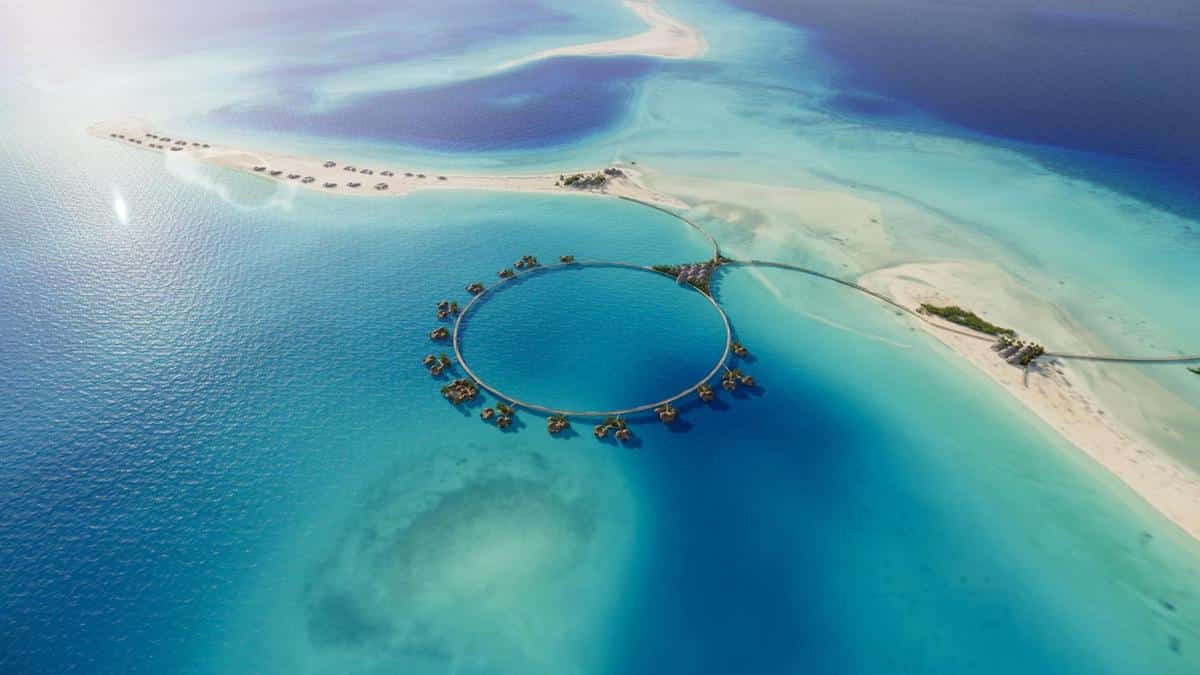 A crew of scuba divers, snorkellers and local boat captains were involved in situating the underwater marker locations for the villas

The developers behind Saudi Arabia’s Red Sea Project have revealed the location for the resort of overwater villas set to be constructed around four of the site’s islands.

A team of snorkellers, scuba divers and boat masters assisted the team in placing markers on the seabed to help ensure no damage to coral reefs.

The site locations on Sheybarah South and Ummahat Al Shaykh islands were determined during a three-week process. The Red Sea Company used high-tech survey equipment and drones to map out the optimum places to build the villas to ensure minimum disruption to reefs and marine life.

This survey data will also help developers dictate where restaurants and hotels should be placed on the islands.

“This is a challenging and highly collaborative exercise that required the work of various teams to deliver, coupled with invaluable involvement from our boat captains who come from the local community and have navigated the lagoon waters for many years,” explained Ian Williamson, chief development officer at The Red Sea Development Company.

A turtle tagging project is also under way by the Red Sea Development Company who have tagged and released 20 green turtles. This is to find out more about marine turtles in the Red Sea. The tracking data will reveal key habitats for the turtles and this will then be incorporated into the marine conservation plans for the Red Sea Project.

The Red Sea Project will open to its first guests at the end of 2022.

Development is already underway on the five islands and two inland locations that are set to open first. There will be 14 hotels and 3,000 rooms for travelers as well as several entertainment facilities and an airport so that people can fly directly to the destination.

The entire destination is on track to be completed by 2030 when 22 islands and six inland sites will be developed. There will be a total of 48 hotels but guest numbers will be managed carefully to avoid overtourism.

Several islands will see no commercial development and will be focused on providing a place for marine life and nature to flourish.