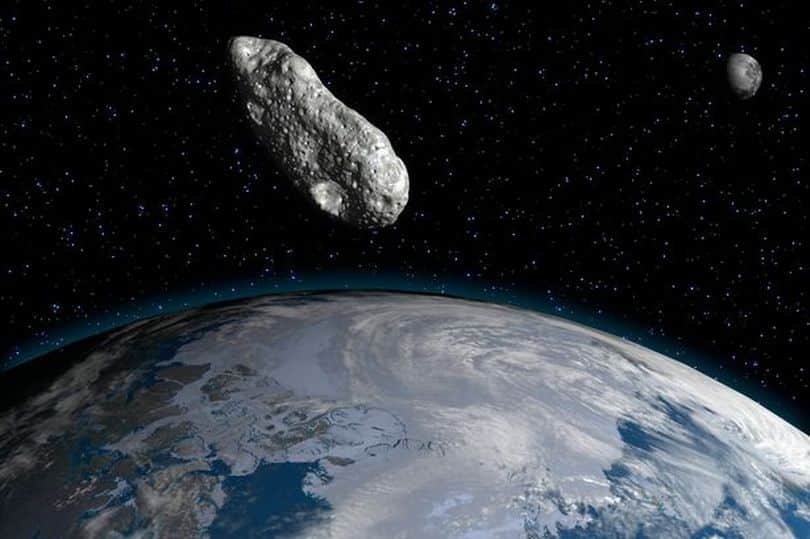 NASA have revealed a photo of the asteroid – named 1998 OR2 – which will fly past Earth at approximately 10.56am.

That’s nine and a half times faster than a speeding bullet.

The asteroid may not seem like it is passing closely, as the asteroid won’t get closer than 3.9 million miles to our planet.

But this distance is deemed a ‘close approach’ by NASA.

It won’t be visible, but NASA have revealed an image of the asteroid, which because of its speed, looks like it is wearing a mask.

NASA workers working at a telescope in Puerto Rico tweeted: “#TeamRadar and the @NAICobservatory staff are taking the proper safety measures as we continue observations.

“This week we have been observing near-Earth asteroid 1998 OR2, which looks like it’s wearing a mask!

Because of how far away it will be traveling from the Earth, it won’t be visible to the naked eye.

But The Virtual Telescope Project in Rome will be hosting a free online public viewing of the asteroid pass.

You’ll be able to watch the ‘close approach’ passing online this morning here.

NASA have reassured the public that it’s incredibly unlikely that the asteroid will collide with Earth.

But because the scientists working at the organisation discover around 30 ”near-earth” objects every week, there is a chance one huge asteroid could collide with Earth one day.

NASA explained: “Experts estimate that an impact of an object the size of the one that exploded over Chelyabinsk, Russia, in 2013 – approximately 55 feet (17 meters) in size – takes place once or twice a century.

“Impacts of larger objects are expected to be far less frequent (on the scale of centuries to millennia).

“However, given the current incompleteness of the NEO catalogue, an unpredicted impact – such as the Chelyabinsk event – could occur at any time.”