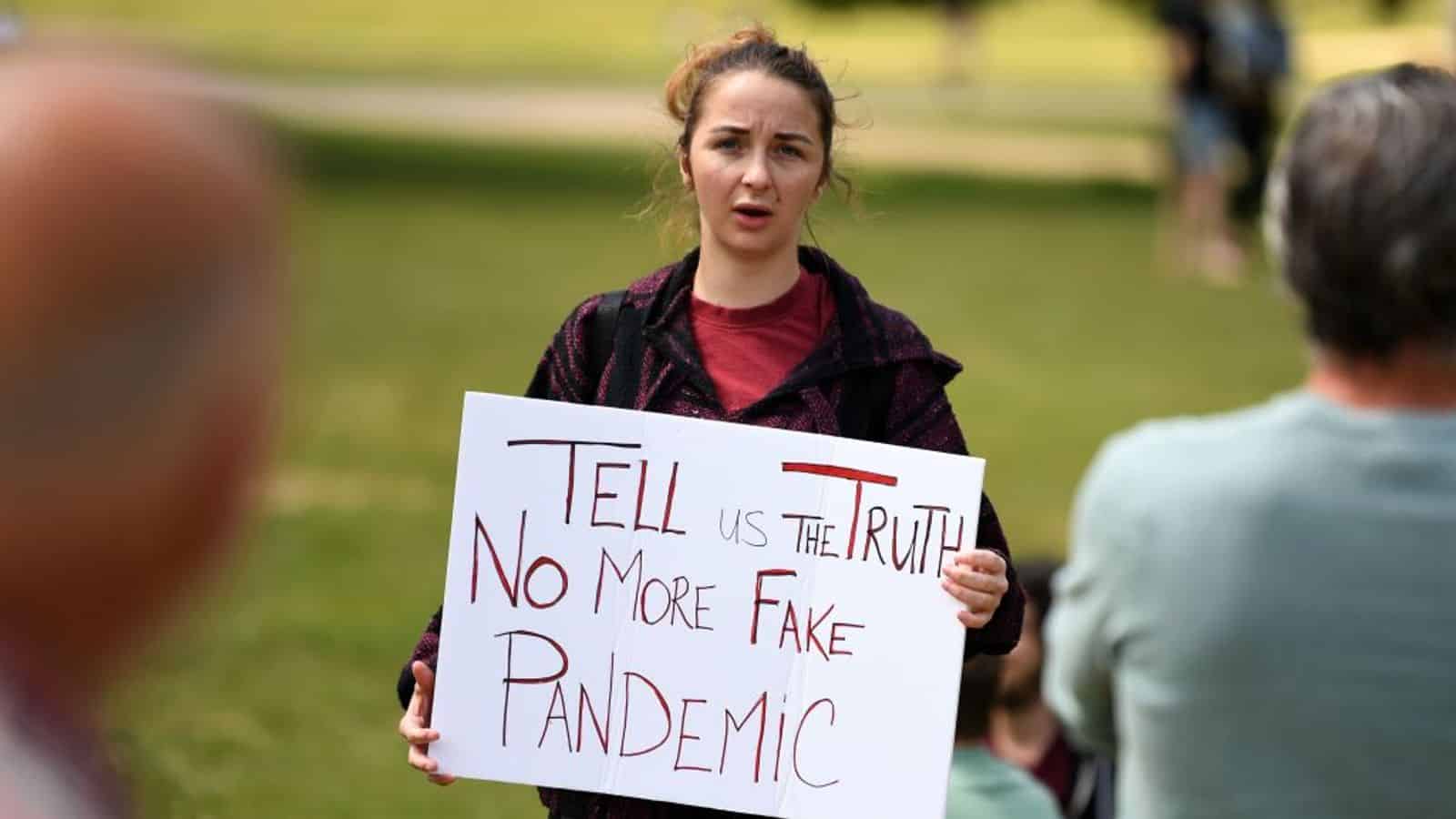 Protesters who are angry about the lockdown held up signs with ignorant and incorrect messages about the coronavirus.

Dozens of people have defied social distancing advice to gather at a protest against the coronavirus lockdown in London’s Hyde Park.

At least 19 people were arrested and several fines were issued as police officers, including some on horseback, patrolled the protest.

The crowd had gathered at Speaker’s Corner, holding placards with slogans like “anti-vax deserves a voice” and “freedom over fear”, with others denouncing social distancing measures as “tyranny”.

Piers Corbyn, brother of former Labour leader Jeremy, was led away in handcuffs during the protest after calling the coronavirus pandemic a “pack of lies to brainwash you and keep you in order”, PA news agency reported.

David Sampson, 50, who said he works in finance, told PA that he had attended the protest because he “never thought I’d see in my generation the suppressing of civil rights” over a “fake virus”.Advertisement

He said: “This is nothing compared to what’s coming.”

Some of those present continued to promote the scientifically impossible conspiracy theory that the pandemic has been caused by the deployment of 5G masts.

The nonsensical disinformation that has been spreading online in recent months has resulted in a number of arson attacks on newly-built masts, prompting NHS England’s medical director to dismiss the theories as “rubbish”.

Deputy Assistant Commissioner Laurence Taylor, who is heading the Met’s response to the Covid-19 pandemic, said: “With the easing of restrictions we fully expected open spaces to be busy this weekend.”

He added: “It was disappointing that a relatively small group in Hyde Park came together to protest the regulations in clear breach of the guidance putting themselves and others at risk of infection.

“Officers once again, took a measured approach and tried to engage the group to disperse.

“They clearly had no intention of doing so, and so it did result in 19 people being arrested, and a further ten being issued with a fixed penalty notice.”

A separate protest in Southampton saw about a dozen protesters gather on Southampton Common, holding placards saying “stop the lies”, “say no to tyranny” and “Fight 4 Freedom”.

In Belfast, a crowd of around 20 people gathered in Ormeau Park to denounce Northern Ireland’s lockdown measures.

The gathering broke up without incident after an hour.

Social media has also been used to organise the type of protests seen in Hyde Park on Saturday.

Fliers advertising “mass gatherings” held by the so-called UK Freedom Movement were circulating on Facebook and other sites ahead of the weekend – the first since the government eased lockdown measures in England.

Despite the public now being allowed to spend as much time as they like outside, and to travel by car to get to a favourite open space, people are being asked to “think carefully” about visiting parks and beaches.

Anyone who does venture outside must still maintain a two-metre distance from people outside their household.