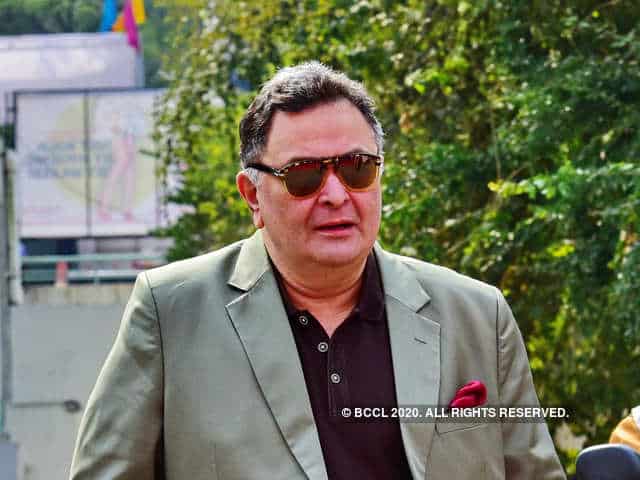 Veteran actor Rishi Kapoor, who has had a glorious career in the world of Hindi cinema spanning over four decades, passed away at a Mumbai hospital on Thursday morning. He was 67.

The actor, who had charmed his way into millions of hearts with his scintillating debut in 1973’s ‘Bobby’, had been ailing for a while. After being diagnosed with cancer in 2018, he underwent treatment in New York for almost a year. In September 2019, he returned to India but was rarely seen in public since.

On Wednesday morning, the actor was admitted to Sir HN Reliance Foundation Hospital in Mumbai after he complained of uneasiness.

Amitabh Bachchan took to Twitter to mourn the death of his co-star in multiple films. He wrote, “Rishi Kapoor… gone… passed away. I am destroyed !”. The tweet was deleted soon after.

Several other cinematic personalities with whom Kapoor enjoyed a close relationship also paid tribute to the legendary actor.

Dear Universe, Please find a way to get us out of this adversity.A beautiful, encouraging soul, phenomenal actor is gone. You will be fondly remembered #RishiKapoor Sir 🙏🏽

Akshay Kumar, who played the role of Kapoor’s son in ‘Patiala House’, paid tribute on Twitter.

It seems like we’re in the midst of a nightmare…just heard the depressing news of #RishiKapoor ji passing away, it’s heartbreaking. He was a legend, a great co-star and a good friend of the family. My thoughts and prayers with his family 🙏🏻

Am devastated, heartbroken… King of charm, King of Romance, the legendary actor Rishi ji just said ‘pack-up’. Not fair Sir, you said we will do a film together…. just not fair. pic.twitter.com/EJjJnuSThW

Former cricketer Harbhajan Turbanator said he woke up with the sad news.

Woke up with this very sad news @chintskap is no more #RIPRishikapoor ji 🙏 Condolence to the family..

The sudden demise of actor Rishi Kapoor is shocking. He was not only a great actor but a good human being. Heartfelt condolences to his family, friends and fans. Om Shanti

Politician Rahul Gandhi called it a terrible week. He said that the ‘102 Not Out’ star ‘will be greatly missed’.

This is a terrible week for Indian cinema, with the passing of another legend, actor Rishi Kapoor. A wonderful actor, with a huge fan following across generations, he will be greatly missed. My condolences to his family, friends & fans all over the world, at this time of grief.

A Great & Dear Brother Our Abrar Ul Haq As Always Running Around For The Needy Pakistan “Pa Inda Baad” They Say “May It Stay Blessed” The Interpretation.