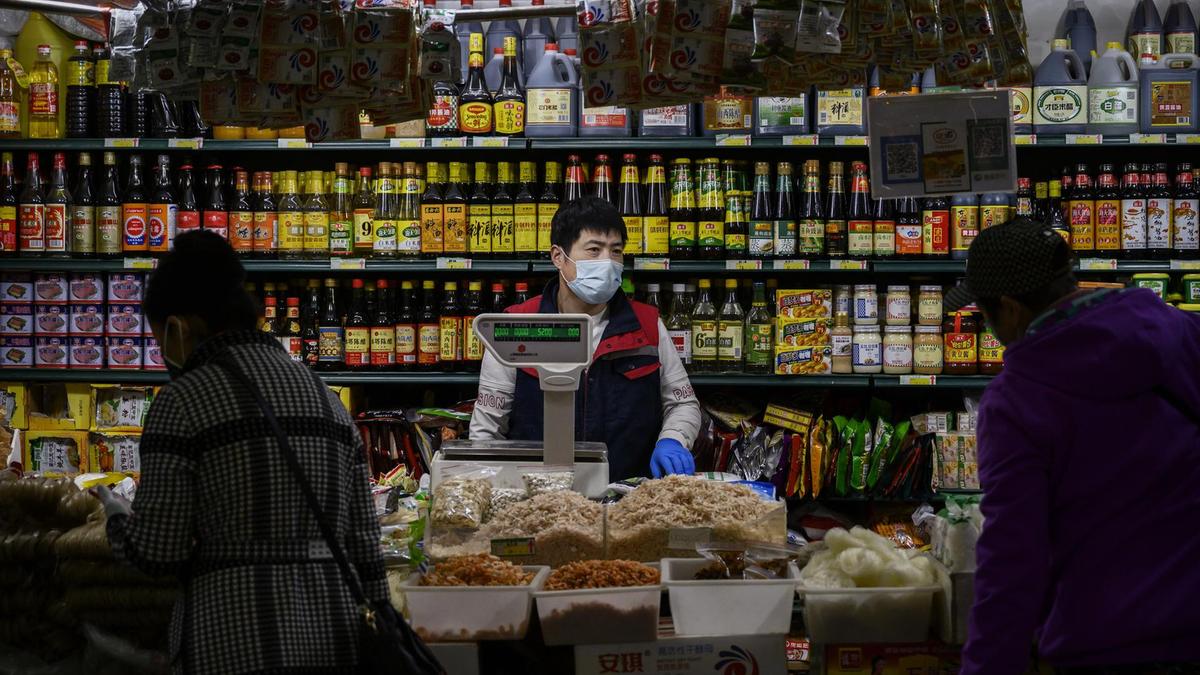 New digital yuan is a ‘game-changer’ for the world’s second-biggest economy, according to experts

As contactless payments become the norm amid the worldwide pandemic response, China rolled out its digital currency this month in four cities, setting it up to become the world’s first cashless society.

The digital yuan is a public-private initiative, being tested in Shenzhen, Suzhou, Xiongan and Chengdu by franchises like McDonald’s and Starbucks, and other local businesses. It is a “game-changer” in financial services, Nameer Khan, chairman of the Mena FinTech Association, told The National, for a country that badly needs a break.

After four decades of growth, China’s economy shrunk in the latest quarter due to the impact of the coronavirus epidemic. Since January, China has recorded more than 83,000 cases of Covid-19 and at least 4,500 deaths, mostly around the city of Wuhan, in central Hubei province, where the outbreak first started. With the pandemic still being felt across the world, officials believe the worst appears to be over in China, and measures are being rolled out to revive the world’s second-biggest economy.

Chinese people are no stranger to paying for goods and services through their smartphone. Local tech giants Alibaba and Tencent pioneered digital merchant payments around 2014, leading a transition away from cash, where they now account for 90 per cent of the $17 trillion (Dh62tn) mobile payments market, according to CGAP, a financial inclusion think tank in Washington DC.

The companies, as well as the Chinese government, see digital payments “not as a goal in itself but as an entry point to a vast ecosystem of both offline and online goods and services – and they are using the data generated to transform financial services as well as the physical retail industry”, CGAP found. Mass uptake is enabled by the country’s widespread bank account and smartphone ownership.

But such transactions have always relied on a cash-based system. The digital yuan is a currency that behaves much like normal cash, but exists only as code in a digital wallet, backed by the People’s Bank of China. A cryptocurrency, by contrast, is decentralised by design.

Franchisees of Starbucks, McDonald’s and Subway chains in China are on the list of firms that will test the national digital currency in the near future, the South China Morning Post reported, along with locally-owned businesses like hotels, bakeries and gyms.

Several years ago, China banned initial coin offerings and made it difficult for cryptocurrencies to find a foothold in the country, while simultaneously issuing research papers at regular intervals about developing its own digital currency.

“The digital RMB (remninbi, or yuan) is a natural evolution from digital payments,” Ling Zhang, a vice president at Binance, told The National. “No-one imagined how universal digital payments would be [from Tencent and Alibaba] five years ago. But it is a step-by-step understanding” and now consumers are ready for a digital currency, she said.

Covid-19, if anything, has been a “catalytic event” for cashless payments, which can rely on a digital currency.

With fears of the virus spreading via bank notes, “the normal way I used to interact with people for the exchange of services or goods is not working anymore”, Gaurav Dhar, chief executive of payment technology company Marshal, told The National. Consumers will be forced to change their habits, he said, and he predicted that they will.

Last month, the UAE Central Bank encouraged the use of online and digital services “as a measure to protect the health and safety of UAE residents”, increasing the maximum payment limit for contactless bank cards.

It also directed banks to replenish ATMs with new banknotes to prevent the spread of the virus.

Cash has a few other problems that digital currencies address, according to FinTech advocates. The average life of a $10 bill is 4.2 years and studies have found between 53 per cent and 100 per cent of local currency are contaminated, according to Mr Khan, of the Mena FinTech Association.

“One study estimated that in 2018 alone, the global cost of printing paper currency was $35.3 billion. This, by the way, does not include the cost of distributing, collecting, destroying the paper currency and counterfeiting of currency notes,” Mr Khan said.

Indeed, the digital yuan is understood to be as much about consumer spending domestically as it is about China’s global trade ambitions.

Jason Wu, chief executive of digital savings company DeFiner, said its digital currency will allow China to “sidestep” a US-dominated financial system and a reliance on the US dollar. It may set China up to become the leader in a globalised digital economy for transactions.

But beware, he added, of growing competition among major economies to roll out similar digital currency products.

Facebook’s Libra, for example, is “a very similar move”, Mr Wu told The National, and he predicted the digital token, backed by a basket of currencies, may gain traction with US legislators as the economy struggles amid the pandemic.

Recently, a lone senator in Congress, Sherrod Brown, has advocated for a digital dollar wallet to be incorporated in consumer stimulus packages amid Covid-19.

Mr Brown’s pitch for a ‘FedAccount’ would be a free bank account to receive money, make payments and take out cash through member banks and post offices, according to the bill proposal.

Analysts have said it is an idea taken right out of Mark Zuckerberg’s playbook. But it actually looks a bit more like China’s current stimulus plan.

Since last month, digital coupons have been loaded up on Chinese smartphones to encourage spending in restaurants and grocery stores by local government leaders. In Wuhan, for example, about $10 per citizen has been distributed via point-of-purchase apps like WeChat and Alipay.

“Digital coupons allow the Chinese government to trace the usage of these coupons,” Dr Shirley Yu, an expert on China’s economy and visiting fellow at the London School of Economics, told The National. She noted that cash, as distributed by the US government recently, “does not allow traceability”.

Coupons, by comparison, “allow the government to know which sector is most helped, who uses it and where money is actually spent”.

“Out of this crisis we see technology used in China not only in the containment of the epidemic, but also economic rescue. It speeds relief aid and increases efficiency thus enabling a government to more quickly distribute funds to its citizens,” she said.

So far, 20 countries are officially working on central bank-backed digital currency projects around the world, adding to a growing sense of emerging competition. China is at the head of the pack.

Will People Die Of COVID-19 or Lockdown